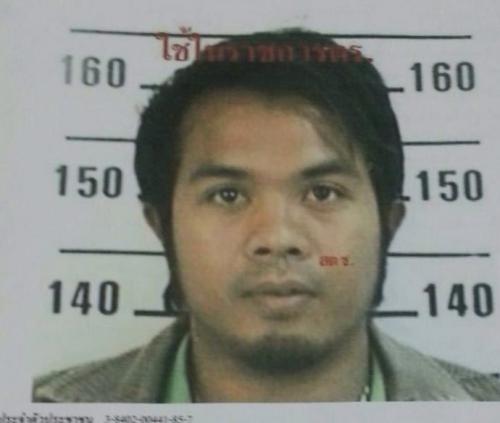 PHUKET: Phuket Police have arrested three of the four suspects involved in the fatal stabbing of bag-snatch victim Dithchart Insom, who was killed on December 16 (story here).

One suspect is still at large.

Police were put on the killers’ trail after interrogating one of their friends who witnessed the killing, named by officers only as “Jib”.

The four had allegedly been out drinking in Patong all night with two of their friends, Mr Jib and Ms Noon, who police are choosing not to charge at this point in time due to the information they provided.

“Mr Jib explained that Mr Dithchart overtook them on his motorbike at about 6am. Mr Traitewit followed him and then forced him to stop. At that point, Mr Boy grabbed him, preventing him from escaping,” Maj Chawapol Santisatsanakul of Thung Thong Police told the Phuket Gazette.

Mr Dithchart dropped his bag, which was quickly snatched up by 17-year-old Som.

“Mr Jib and Ms Noon went with the others to a house in Soi Koh Kaew 16, where they divvied up the stolen items.”

Ms Sirirat was arrested in a rental room on January 22 in possession of the phone stolen from Mr Dithchart. She was charged with theft.

Police next arrested Mr Traitewit in Bangkok on January 24 for gang-murder and theft.

“He confessed to the stabbing,” Maj Chawapol said.

Ms Som was arrested in Krabi on January 26, the same day that Mr Traitewit was re-enacting the fatal bag-snatch.

Police are still searching for Mr Boy, who is wanted for gang-murder and theft.