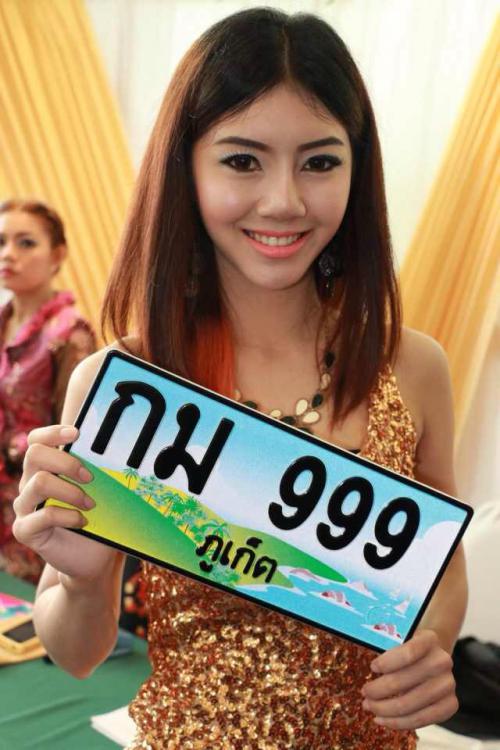 The two-day auction organized by the Phuket Land Transport Office (PLTO) was held at the Phuket Merlin Hotel (map here) on Saturday and Sunday. More than 300 license plates went to the highest bidders.

“The highest bid was 1.03 million baht for the luckiest plate of them all, Gor Mor 9999,” said PLTO Chief Terayout Prasertphol. “This was significantly less than the plate went for less year, which was 1.4mn baht.”

“Not only did we miss our goal, but we raised less than last year,” Mr Terayout noted (story here).

The lackluster bidding in Phuket comes just a few days after the official announcement in Phuket last week that Thailand now ranks as the world’s third most dangerous country for driving, with 38 fatalities per year per 100,000 people (story here).

Only Niue (a Polynesian island whose name translates to “Behold the Coconut”) and the the Dominican Republic have higher rates, said Thanapong Jinvong, Director of the Bangkok-based Academy of Road Safety, a part of the National Health Foundation (story here).

The proceeds from the auction will go to a little-known “road safety fund” operated by the Land Transport Department in Bangkok.

Three arrested for role in fatal Phuket bag-snatch, one still at large

Phuket Town to enjoy Chinese acrobats, but no fireworks for Year of the Horse