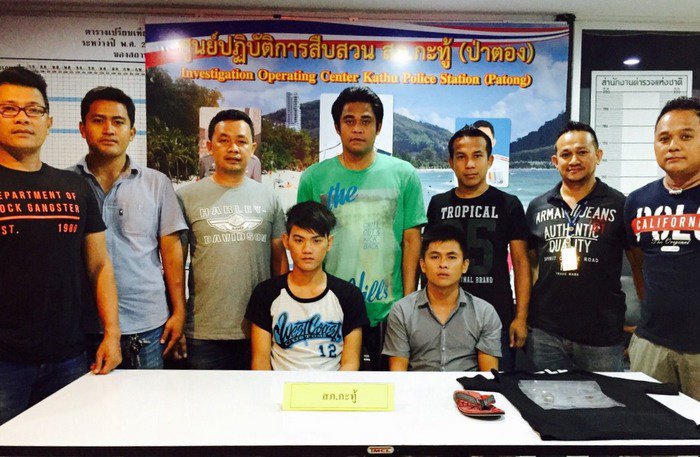 PHUKET: Police have arrested three suspects for the stabbing death of Somkit Jandawong, 27, which took place in Patong last Monday.

When police questioned witnesses and checked CCTV in the area, they discovered that the stabber, whom police have named only as ‘Pat’, is 17 years old.

“We contacted Mr Pat’s mother and urged her to convince him to surrender to police before we requested an arrest warrant,” said Patong Police Superintendent Chaiwat Auikam.

“Mr Pat surrendered to police at about 8pm on Tuesday night and confessed to the murder.”

While questioning Mr Pat, police learned the identities of the two other suspects. Officers arrested Suphan Legnork, 27 and Suksan Srikaew, 22, as they were walking down Soi Sai Nam Yen in Patong on Wednesday.

“We got into an argument because Somkit was being annoying and saying irritating things. At first I let it go, but he wouldn’t stop. Then he started insulting my parents, so my friends and I punched him. When he fell to the ground, I jumped on top of him and stabbed him four times,” Mr Pat told police.

All three suspects have been charged with gang murder and illegally carrying a weapon in public. Mr Pat’s case will be sent to the Juvenile and Family Court, which has the authority to officially charge him for the same crimes.

Mr Suphan and Mr Suksan have denied all charges.