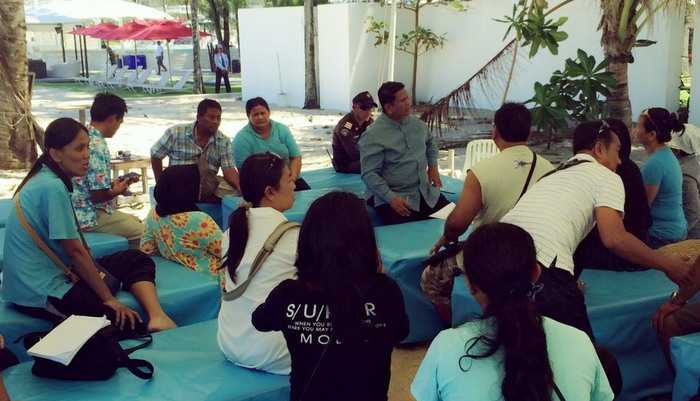 PHUKET: Three major hotels at Laguna Phuket have agreed to allow vendors who lost their jobs in the Cherng Talay beach cleanup to work on sections of their beachfront properties.

“After the cleanup [in Cherng Talay] we got our beautiful beaches back, but we have been left with many jobless vendors who want to make a living,” said Ma-ann Samran, president of Cherng Talay Administration Organization (OrBorTor).

“I have done my part to help them by talking to executives of three Laguna resorts – Angsana, Banyan Tree and Dusit Thani.

“They have agreed to let some vendors come back and work on sections of property along Bang Tao Beach which are used by hotel guests.”

For the time being, vendors will be limited to offering only traditional massage services, Mr Ma-ann noted.

“We hope this agreement can eventually include vendors selling snacks, beachwear and tours, among other things, but it depends on the hotels,” Mr Ma-ann said.

The agreement brokered by Mr Ma-ann also comes with a number of stipulations.

“An area will be set up where masseuses can offer their services, but they must be polite and not badger guests,” said Mr Ma-ann.

Over the last few months, jobless vendors caught up in Phuket’s beach cleanup campaign have been imploring authorities to help them find jobs.

A number of them have become victims of loan sharks (story here) and one vendor who rented umbrellas and beach chairs is believed to have committed suicide yesterday after being left in financial despair (story here).