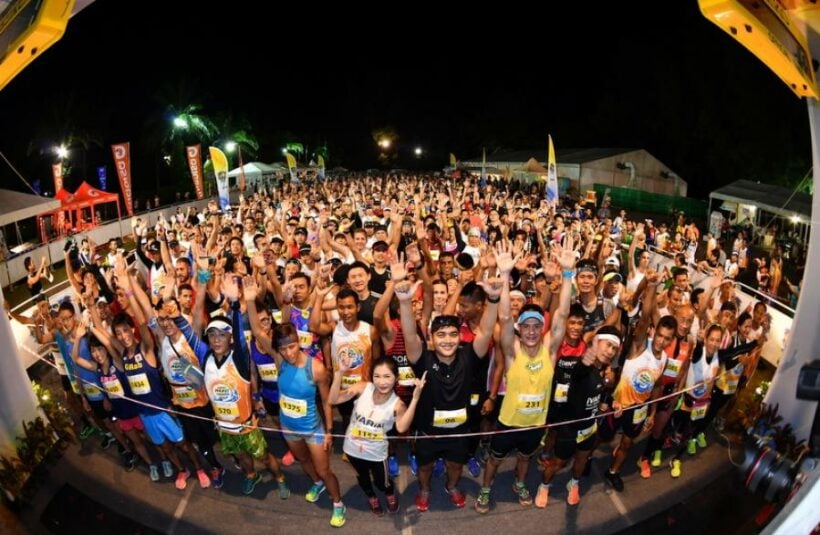 PHUKET: More than 4,000 runners lined-up yesterday morning to run the Marathon and Half Marathon distances at the 12th annual Laguna Phuket Marathon. With a record turnout of almost 7,000 runners during the two-day event, the Marathon and Half Marathon proved to be the most popular. With more than 1,600 athletes competing in the marathon alone, it was the largest field of marathon runners ever at the Laguna Phuket Marathon.

Starting at 4am, marathon runners made their way past Sirinath National Park and the Bang Tao beachfront, finally running through the grounds of Laguna Phuket to finish at Laguna Grove.

In the lead group early on, was Thai ultra-distance specialist Sanya Khanchai who, after a seventh place finish in the 10.5km on Saturday, stepped up to his favored Marathon distance yesterday, but it was Japanese runner Nakajima Hiroki who stole an early lead and by he reached the 10.5km split was more than 12 minutes ahead of the second placer.

In the female race, the early leader was Sabine Egger-Weickhardt (AUS) but as the temperatures soared, Japanese long-distance specialist Inoue Tomomi reigned her in and became the runaway winner in a time of 03:10:34.6. Ana Ferreira (PRT), a full 20 minutes back, finished second ahead of Martyna Jakobczyk (POL) who finished in a time of 03:38:19.6.

In the Half Marathon on Saturday, 5km winner Rattakarn Lamanee (and last year’s 10.5km winner) stepped up and was among the early leaders but it was fellow Thai runner Danchai Pumkong who lead to the halfway point and went on to extend his lead and run out the win in a time of 01:19:37.6. Danchai also finished second in the 10.5km and won the Marathon in 2012.

Picking up his pace in the second half of the race, Rattakarn came through for second ahead of Thirapong Yongthio (who finished second behind Rattakarn in yesterday’s 5km), making it a completely Thai podium.

In the female field, Phuket-based triathlete Elle Brookes from Australia did the early running but Sukanya Srisawad (THA) and Patteera Ruengjai (THA) kept her in their sights. However, Sukanya fell off the pace later in the race and fellow Thai Benjamas Phujit came through to take third in a time of 01:45:53:2, just nine seconds ahead of British athlete Annie Pedroni.

Celebrating a sixth consecutive participant record, close to 7,000 runners took part in the 12th Laguna Phuket Marathon. The event is sanctioned by the ‘Association of International Marathons and Distance Races’ and organized by leading sports management company Go Adventure Asia. Professional timing and results are managed by Sportstats Asia, ensuring the high international standards every year.