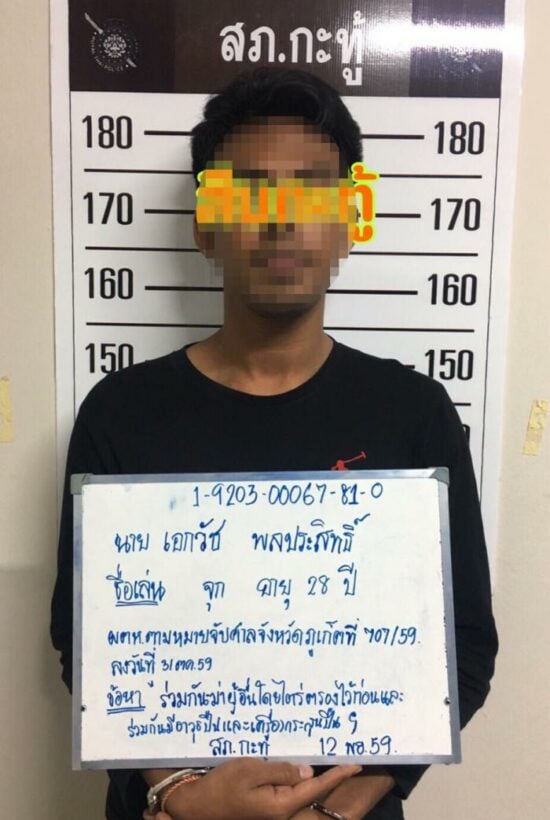 PHUKET: A third suspect involved in the shooting of the President of the Patong Tuk Tuk Drivers’ Club was apprehended by police on Friday.

A total of six suspects are believed to have been involved in the shooting death of Sakol Srisompoch (story here), of which 3 have been arrested. On October 31, two suspects, a father and son, were also arrested (story here).

“At about 2pm, we captured 28-year-old Eakkawach Polprasit from Trang Province, in the Pai district of Mae Hong Son Province,” said Col Worapong Kamleu of the Crime Investigation Division of Police Region 5.

“Mr Eakkawach has been handed over to Kathu Police who have charged him with murder, illegal possession of arms and ammunition, and also with ‘unnecessarily firing shots in a town, village or anywhere else there is a congregation of people’.”

International passengers must pay new B15 surcharge per flight