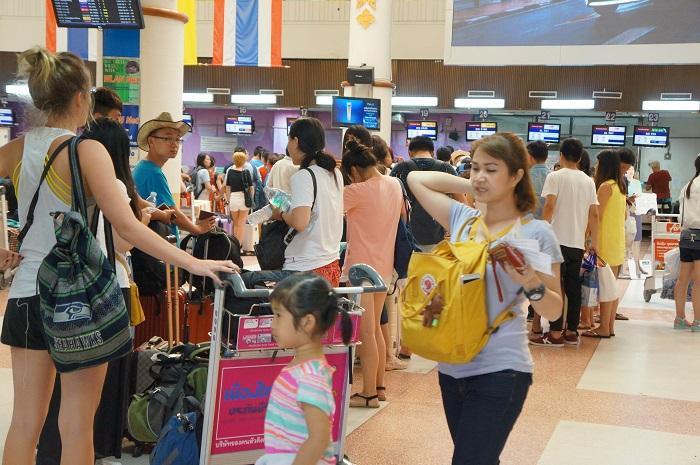 THAILAND: Air passengers travelling in and out of Thailand now have to pay a “surcharge” of 15 baht per person per flight.

Following ongoing investigations and criticism by the International Civil Aviation Organization (ICAO) of deficiencies in Thailand’s flight safety standards, the funds raised from the charge will be be used primarily to address those ills. However, the move has angered the head of the travel agents’ association.

The Civil Aviation Authority of Thailand (CAAT) and the International Air Transport Association (IATA) agreed on November 1 to implement the new charge, but it did not go into full effect until yesterday.

The extra fee is being added to air-ticket prices by IATA, the global aviation authority, which will also get a cut of the proceeds.

According to the Tourism Association of Thailand, the country is expected to receive more than 32 million international tourists this year, while more than six million Thais will travel overseas.

Based on the total passenger numbers from two flights per trip per person, the new surcharge should generate about 1.1 billion baht per year.

Despite the imperative of adequate flight safety standards for Thailand, Mr Charoen wondered why “foreign” organizations such as IATA have the right to intervene into the country’s business in such a big decision as the surcharge, saying it was not fair to make travellers into and out of “this country” pay a fee that IATA itself will have some benefit from.

“If the government wants to solve aviation problems or develop further projects, it should grant a special budget and let the Thai authorities do it, not ask for money from passengers. And IATA should not be involved in this issue,” Mr Charoen said.

He added that local aviation experts working at the CAAT should be paid by the Thai government, not by passengers.

IATA said last week that global passenger traffic in September grew 7 per cent compared with the same month in 2015. This was the strongest year-on-year increase in seven months. Capacity climbed 6.6 per cent.

Asia-Pacific airlines’ traffic rose 8.6 per cent in September, compared with the same month a year ago, although there are still signs of Asian travellers being put off by terrorism in Europe.

Middle East carriers had an 11.5-per-cent rise in demand in September compared with a year ago.