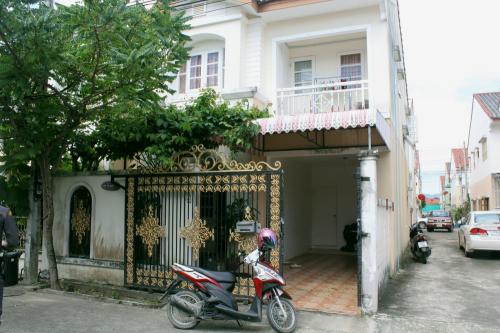 PHUKET: A Chinese tour guide withdrew 80,000 baht from her bank account yesterday and by this morning it had been stolen from her house, along with her boyfriend’s Rolex watch valued at 300,000 and 20,000 baht she already had stashed in the house.

When police responded to the 9:30am call at Phuket Villa Daorung, they found a ransacked living room with books and belongings scattered across the floor.

“One of the front door latches had been broken,” said Somkit Aon-jan of the Wichit Police.

“When she arrived home last night, she put her bag on the sofa and her boyfriend put his Rolex watch next to her bag. After that they went to sleep on the second floor,” he said.

“This morning, as her boyfriend was getting ready for work, he walked downstairs and found the living room trashed and that his watch on the couch had disappeared.

“When he opened Ms Yuan’s bag, he saw that all the money in her bag had disappeared as well,” explained Capt Somkit.

Police collected fingerprints from the scene and are now searching for the thief.