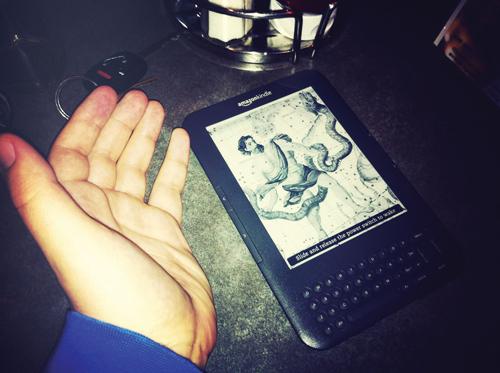 PHUKET: Over the years I’ve talked a lot about how computing in Phuket is different – what you can expect, what will never come to pass, how to work around a whole lot of problems. This week I want to share with you a couple of stories from some friends of mine, who got stung simply because they were trying to do something normal, but they were trying to do it in Phuket – which is anything but normal.

One friend wrote this tale of woe about Apple and its iTunes store:

“It’s my son’s birthday today and his aunt in Hong Kong sent him an iTunes gift card for HK$500.

Another friend had a more, uh, complex interaction, with regards to his Kindle Fire. Here’s the mail he sent to Amazon customer service:

“My friend bought a Kindle in the UK and wanted to give it to me as a family gift so that my two-year-old daughter could also use it as an educational device. However, the device is useless in Thailand.

We cannot even access free apps in the Kindle Store due to ‘geographical constraints’.

This was learned only after going through the whole process of unregistering my friend as the registered user of the device and registering myself using my name as the new registered user – which ended up creating yet another Amazon email even though I already had one.

This created much more confusion as Amazon was not sure which version of me in Thailand was accessing the account – the me with the free Kindle e-reading app installed on my work computer, or the me accessing the Kindle Store through his brand-new Kindle Fire HD. You know, the one with its beautifully tailored operating system – said to be Android, but it’s so specifically tweaked for Amazon’s financial needs that Google Play and access to any so-called free apps are blocked. Well, at least in Thailand they are.

Registering a new user also removed access to any apps or data that was previously paid for and installed by my friend as part of the intended gift. So all that money was thrown away thanks to the lack of warning from the Kindle and Amazon.

Amazon was kind enough not to allow any downloads, free or not – despite forcing me to register for a 1-Click account and then blocking all downloads with an error message instructing me to go to the Country Settings in the Manage My Kindle section in the Amazon account pages.

Not confusing enough? Even when I changed my current address in Thailand to an alternate address in the UK, I still get the same error message.

Considering the current blocked status of attempting to use a Kindle Fire HD in Thailand, I am guessing Amazon is not aiming at the Thai market or the tens of thousands of expats living in the country – or anyone thinking of bringing their brand-new Kindle Fire while they are on holiday or on a business trip to Thailand.

This is a very interesting concept for a product launch, especially now that I see kindle.co.th is “under construction”.

Also, it seems to be a very odd strategy considering that Thai IT dealers are advertising on their websites that the Kindle Fire HD is available for just under 10,000 baht.”

Both Apple and Amazon – two of the biggest names in online retailing – are completely and utterly inept when it comes to dealing with Thailand. There are a myriad of reasons why: distribution agreements, copyright overlaps and simple lethargy are ones that immediately come to mind. The fact is that Apple and Amazon, in particular, are still fighting battles on potentially enormously lucrative countries, such as Japan and China, and we in Thailand are way, way, way back on the sucking end of the stick.

I had the same problem when I first started using iTunes. I was naïve enough to sign up for an iTunes account using a Thai bank debit card. I shortly discovered that I couldn’t download about 90 per cent of the stuff I wanted to download – music and kids games, mostly – because those aren’t offered in Thailand.

Here’s the hard part to swallow. Apple doesn’t care where you’re located physically. If you have a US-registered iTunes account and you travel to Thailand, for example, you can download anything from the US store while you’re in Thailand, get updates and patches, and generally carry on as if you were sitting in a developed country. Imagine that.

But if you have a Thailand-registered iTunes account, you can’t download all sorts of stuff, no matter where you’re located. Even if you’re logged on to iTunes while sitting next to Tom “We’ll keep the light on for ya” Bodett in a Miami Motel 6, you’re forced to work with the Thailand iTunes store. You’re a second-class netizen. Your account’s nationality controls what you can and cannot see in the store – much less what you can and cannot download.

Apple has all sorts of reasons for making those restrictions, but in this day and age, the excuses seem mighty stale. A song, for example, may belong to a specific record label, and that label may have an exclusive distribution license with a Thai company. A game may have a distributor in Thailand. There are royalties to consider, cuts to be cleaved. International licensing is a nasty game, and that’s why iTunes has very strict limitations, dependent on the “nationality” of the account holder. Where, in this case, “nationality” is defined as “the country of the bank branch that issued the credit or debit card you used to set up the account.”

Amazon’s no better. When I first got my Kindle Fire (which I love, by the way), I had all sorts of problems trying to figure out why it wouldn’t work right with my wife’s Thailand-based Amazon account. Then I remembered the iTunes problems, kicked myself, switched the registered owner over to my name (and my US debit card based account), and I only lost the amount of money I had spent with the Kindle logged on to my wife’s account.

Is there a solution? Sure. Cheat. Get a credit or debit card in the US. Failing that, get one in Europe (although Europeans have long moaned about precisely this problem, there’s enough money involved that we’re finally seeing some improvement in European cross-licensing). And get a mailing address to go along with the card. No doubt you’ve encountered that problem before, and know how to solve it.

Right now, Amazon only sells Kindles in the UK, France, Monaco, Germany, Austria, Luxembourg, Switzerland, Liechtenstein, Italy, San Marino, Vatican, Switzerland, and Spain – so if you want a Kindle that’s more than a brick, you need to set up an Amazon account with a credit/debit card and address from one of those countries. I’ve also heard that there are problems crossing country lines – signing up a US-bought Kindle with the Amazon UK account, for example – but I think most of those problems have been resolved.

Apple sells iPads and iPhones everywhere except North Korea, I think, so you’ll be able to set up an iTunes account that will work in any country on Earth – but you won’t have access to the breadth of offerings available in, say, the US. For example, the iTunes Match service, which lets you “upload” your music to Apple, and have it available on all of your iPhones, iPads and Macs, was originally only available in the US. A month later, it expanded to 17 countries. It’s now available in almost a hundred countries, including Thailand – but if you had a Thai-based iTunes account, you couldn’t get in during the first, second or third waves of the roll-out.

Our regular weekly computer clinic roundtables continue every Sunday morning, 10am at the — Woody Leonhard