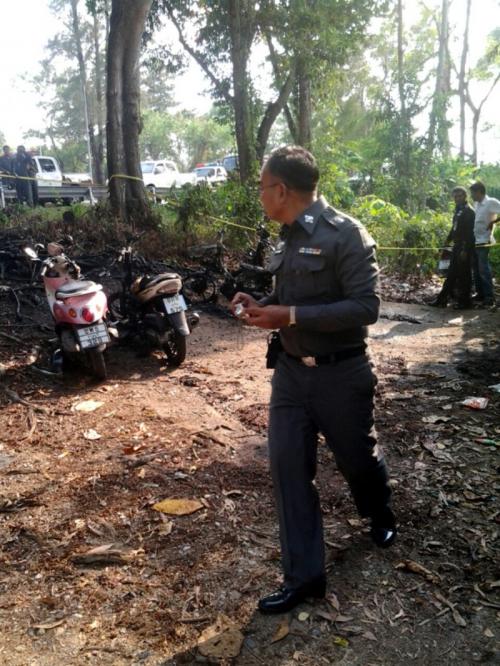 PHUKET: Police are investigating the possible arson of four motorbikes parked on public land at the entrance of Laem Sing Beach.

At about 3:45pm today Kamala Police received a report that four vehicles had burst into flames.

“Three of the motorbikes belong to locals who work on the beach as masseuses; the other motorbike was the rental bike of a tourist who was visiting the beach,” Maj Somnerk Damkeaw said.

Three of the bikes were completely destroyed, while the other one wasn’t as badly damaged, Maj Somnerk said.

Police are waiting for a forensic team to arrive at the scene to identify the cause of the fire, he added.