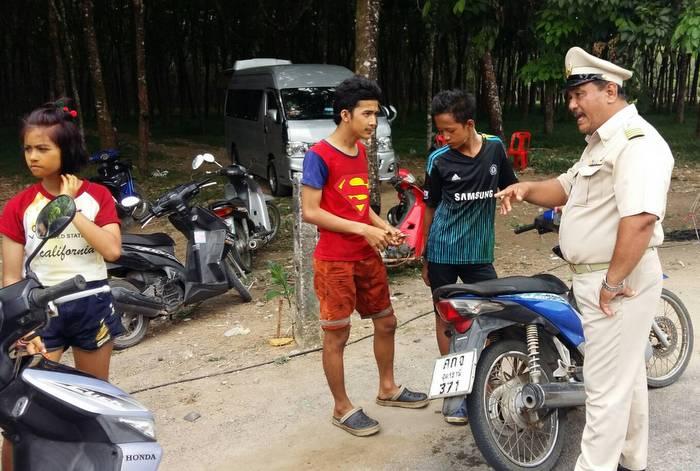 The province slipped past April 13, typically the most deadly day in the annual campaign, without a single death. However the next day, 41-year-old Swedish national Johnny Daniel Soederstroem died after losing control of his bike, while crossing Thepkrasattri Bridge (story here).

The next night, motorcyclist Narong Jarut, 44, died in a head-on collision with a Russian driving his car in the wrong lane in Rawai (story here).

The last death recorded for the campaign was on day six, when Boontan Sonthong, 34, crashed into a utility pole in Cherng Talay. According to police, he was driving under the influence of alcohol and was not wearing a helmet (story here).

The Department of Disaster Prevention and Mitigation (DDPM) Phuket Office recorded 57 accidents and 62 injuries in total. Last year there was 58 injuries, but no deaths. The stats from 2016 and 2015 are both significantly higher than those of 2014, which saw only 22 injuries – though there was one death recorded in that year (story here).

Two out of the three motorcyclists that died during this year’s campaign were not wearing helmets. One of the three people killed was reportedly under the influence of alcohol.

As part of the National Council for Peace and Order’s (NCPO’s) ‘No Drink Driving’ initiative during the Songkran holiday, Phuket officers confiscated 231 vehicles, impounding them until the end of the campaign today (story here).

The latest statistics issued by DDPM for traffic offenses during the entire campaign are as follows:

“We are very sorry for the families of those who died during this campaign,” said Sirisak Skoonsorutcha, chief of the DDPM Phuket Office. “We will do our best to learn from these cases and see what can be done next year to ensure that there are fewer deaths and accidents on our roads.”