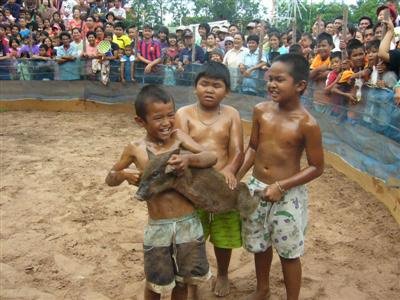 PHUKET CITY: Thailand yesterday confirmed its first two cases of Influenza 2009 in patients who had returned from Mexico.

Public Health Minister Witthaya Kaewparadai said tests carried out by the Centers for Disease Control and Prevention in the United States and the Thai Medical Science Department had confirmed the A(H1N1) virus in samples from the two Thai nationals.

“There are two confirmed cases of A(H1N1), both of them contracted from Mexico,” he said.

Prime Minister Abhisit Vejjajiva had earlier announced the first case, saying that the patient had “fully recovered and has returned home”. The US Center for Disease Control has confirmed that the sample sent is swine flu,” he said.

Thailand becomes the 31st country hit by the virus so far.

In a classic case of ill-conceived use of “branding”, the Phuket Public Health Office, under the direction of the Ministry of Public Health, first referred to the influenza strain as “Swine Flu”, then “Mexican Flu”, and now “Influenza 2009”.