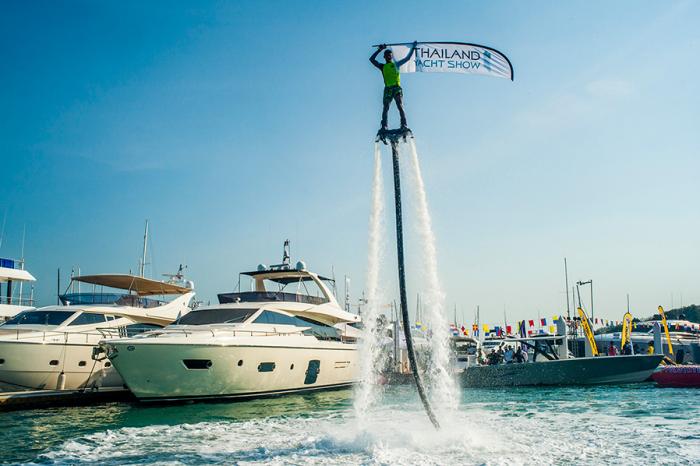 PHUKET: The dates for the second edition of the Thailand Yacht Show (TYS) have now been confirmed for December 15-18, with the massive event to be held once again at Phuket’s prestigious Ao Por Grand Marina.

In making the announcement, managing director Andy Treadwell of show organizers SYE Pte Ltd, noted that as a joint venture with the Government of Thailand it was important for the show to avoid clashing with the dates for the King’s Cup Regatta (December 3-10). He also said that most stakeholders in the show agreed that “there is a better chance of getting more of our targeted high net worth visitors from overseas to come to Phuket just before the holiday period really starts.”

He noted that the organizers had been working hard to coordinate with various Thai Government departments, along with other major participants in the industry, “to attract many more of the Mediterranean-based charter yachts to Thailand for the winter instead of [seeing them] going to the Caribbean.” Thus, “it would not make sense in the long term to hold the [Thailand Yacht] show right in the middle of the international charter season,” he said.

He said that the organizers would soon announce “two or three exciting ancillary events” which would turn the show into a major festival of yachting and boating, and noted that because it comes right on the heels of the King’s Cup, the TYS would now attract even more international visitors than it did to the show’s launch edition in February this year.

As with the Singapore Yacht Show, The Phuket Gazette and The Nation Multimedia groups are proud to continue as national media partners for the Thailand show, which is already counted among Phuket’s ‘Top Three’ annual events, alongside the King’s Cup and the Laguna Phuket Triathlon.