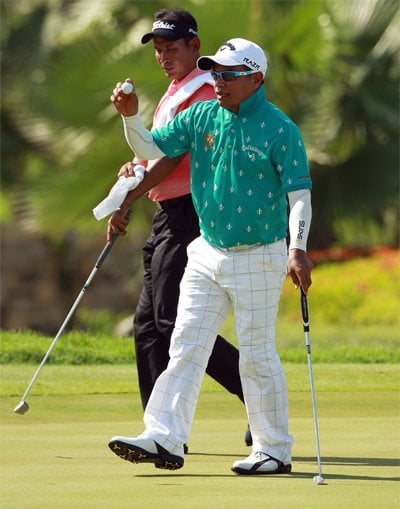 PHUKET: The Thailand Open commences August 9-12 at Suwan Golf & Country Club. Players from Europe and Asia will be competing for US$1 million in prize money at the OneAsia event.

Veteran golfer, Prayad Marksaeng, hopes to put behind him the disappointment of coming a close second last year to Australia’s Andre Stolz. The Australian beat Prayad scoring 22-under compared to the Thai golfer’s 20-under.

Winning the Thailand Open is the dream of many Thai golfers and Prayad is no different.

“It’s great to play in front of your home fans and winning the Thailand Open would put the seal on my career,” he said.

Also attending will be Ireland’s Paul McGinley, Englishmen David Howell (joint fourth in the French Open recently), David Horsey and Richard Finch, who are all multiple winners on the European Tour.