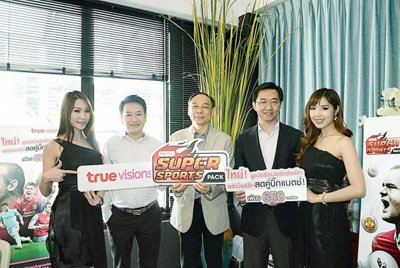 
President to look into the 92 Thais
Phuket Gazette / The Nation
PHUKET: Myanmar president Thein Sein yesterday promised to look into the issue concerning the detention of 92 Thais recently for land encroachment.

A Government House source said Thein Sein told Yingluck that he was willing to look into their situation but those found involved in drugs and war weapons must stand trial. A reduction of their sentence was possible while they would be assured good care in prison, he said.

Thein Sein also thanked Thailand and the Thai people for their support for his country while undertaking democratic reforms. The leaders inked two agreements for business deals in Myanmar’s Dawei area and development projects elsewhere in Myanmar.

A military source based in Ranong, across from Myanmar’s Koh Song where the Thais are being held, said that by Friday, Thai detainees not charged for crimes, or not found at fault in non-felonies, or women and children could be separated out and undergo legal procedures and court trials.

A group of Ranong residents whose relatives were among the 92 Thai detainees, before learning that Yingluck and Thein Sein finally discussed the issue, had gathered outside an Army outpost and expressed disappointment that the leaders had not, up to that point, brought up the matter.

Weeratham Yimwan, a villager, said he hopes that those not involved in crimes would be finally released, while the wrongdoers should be sentenced.


Govt to allow pregnant migrant workers to give birth here
Phuket Gazette / The Nation
PHUKET: Under a proposal by the Department of Employment, illegal female migrant workers who become pregnant while working in Thailand will be allowed to stay on and give birth here, and their newborns would be allowed to stay legally with their mothers, director-general Prawit Khiangphol said yesterday.

However, he did not say when the change would be put into practice.

The news follows strong criticism of a recent announcement that migrant women will be repatriated to give birth in their countries of origin before returning to work, leaving their children at home. Non-government groups said the move would put the lives of hundreds of Burmese women at risk every year if they were forced to return to their homeland while pregnant.

Prawit said the government eventually plans to allow female migrant workers whose nationalities have been verified and who are allowed to work in Thailand to give birth here and receive full maternity assistance under the social security scheme. Children born to such mothers would be certified by the embassies of their parents’ home countries and allowed to stay with their parents until they return home at the end of their employment contracts.

Children born to mothers living and working here temporarily because their nationalities have not been verified would be able to enter schools in Thailand and receive public health services, but both parents and children would still need to be verified.

It has been estimated that more than 100,000 illegal migrant workers from Myanmar, Cambodia and Laos living and working in Thailand could benefit from the proposal once it is put into effect.

Foreign labourers working in Thailand under intergovernmental contracts after the ASEAN Economic Community is launched in 2015 will be required to give birth in their countries of origin before coming to Thailand, but no regulations are in place to stop pregnant women coming to Thailand.

The amount includes daily interest and a daily fine of 500 baht on top of the original fine of 1.1mn levied by lower courts many years ago. Chuwit was found guilty of renovating the Honolulu massage parlour and adding some rooms and structures without seeking a permit from the Huai Khwang District Office.

The Criminal Court had sentenced him to a 40,000 baht fine plus a B1,000 daily fine, but halved both following his confession. The Appeals Court upheld the guilty verdict and the rates.

Chuwit divested himself of his massage parlours after entering politics.


TrueVisions woos football fans in the country with special offer
Phuket Gazette / The Nation
PHUKET: TrueVisions yesterday launched a special package to draw football fans and promised to show up to 190 live matches.

“I think the HD channel [in this package] will be a chance for middle-class customers to get access to our high technology broadcasts,” he said.

Ong-art said the new package will not affect Gold and Platinum subscribers, who have more variety of content as well as more channels. The new package doesn’t include broadcast of UEFA Champions League (UCL) and Europa League.

The company expects to get 50,000 subscribers for the new package within a few months, Anat Mekpaiboonvatana, managing director of TrueVisions, said.

Meanwhile, up to 59 matches of EPL, UCL, and Europa League in the upcoming season, which all are licensed to TrueVisions, will be broadcast on free TV channels 3, 5 and 9. The matches allocated for free TV will be 17 EPL matches, including some big four matches, 22 matches of UCL, and 20 of Europa League. All will start next month.

Ong-art said TrueVisions will not block any of the matches. All the allocated matches on free TV can be viewed on every platform as long as the providers can encrypt the signals to prevent them from spilling over to neighbouring countries, which would be illegal, he said.

Subscribers to TrueVisions and PSI satellite in June had to put up with blank screens during Euro 2012 due to a signal blockade by GMM Grammy, the rights holder of the European tournament.