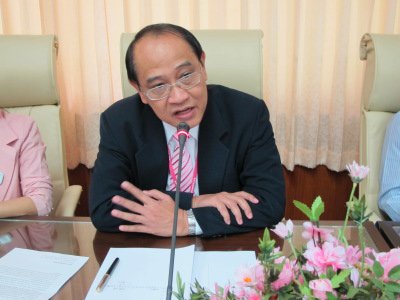 The deal was inked by Phuket Provincial Administration Organization (OrBorJor) President Paiboon Upatising yesterday, when he signed an agreement to provide a medical care advance credit arrangement at the hospital for public-sector workers.

The meeting, held at the Phuket OrBorJor offices in Phuket Town, was attended by representatives from Phuket’s 17 tambon administration offices (OrBorTor).

Mr Paiboon said that under the previous system officials had to pay medical fees up front and afterwards present the medical bill to their organization for reimbursement.

“The OrBorJor Hospital scheme is more convenient and will ease the problem for some officers who don’t have the funds available to pay treatment fees in advance,” he explained.

Mr Paiboon requested that OrBorTor and municipal administrations submit the names of employees and their dependents. Once their details had been added to the hospital database, they would be able to receive medical attention at the facility without paying the fees first.