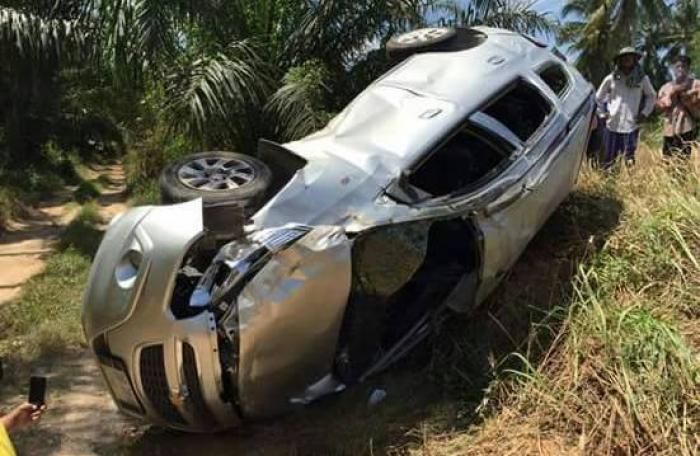 KRABI: A 17-year-old was charged with reckless driving causing death after the car he was driving collided with a van, killing two teachers and severely injuring a head monk in Krabi yesterday afternoon.

Three teachers from Kanchanapisek Wittayalai School, as well as Phra Kru Sri Thammawutti, head of Wat Phokha Chuthamas and Lord Abbot of Muang Krabi District Buddhist Monastery, were in a van preparing to make a u-turn when the teen’s Honda Civic hit them from behind, confirmed Lt Col Danaithon Jaisabai of the Khlong Thom Police.

Mr Manit told police that he and the other teachers went out to lunch and then picked up Phra Kru Sri Thammawutti to teach an afternoon Buddhist class.

The teenager, who police declined to name, was taken to the Khlong Thom Police Station.

Car-bomb suspect arrested after 16 years on the run