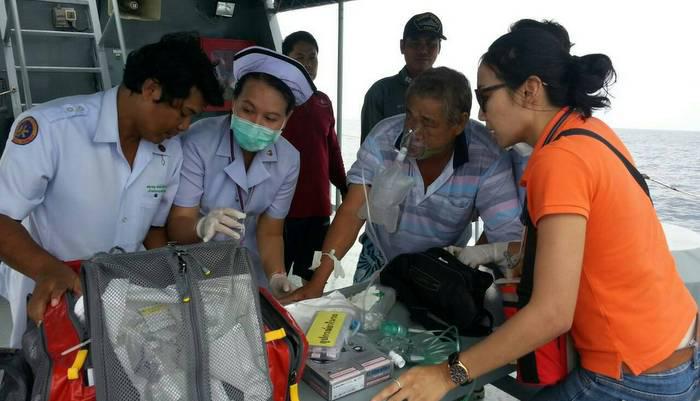 The boat was about 37 nautical miles southwest of Phuket.

“Mr Shang-Chih had his inhaler, but it wasn’t working,” Lt Col Panya Chaichana of the Marine Police told the Phuket Gazette.

Police and a medical team departed Rassada Pier for the boat.