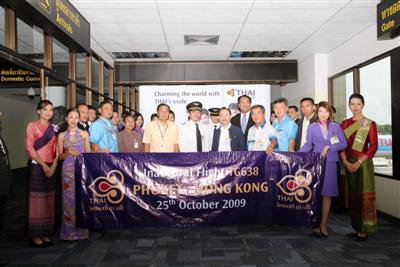 Return flights leave Hong Kong at 8am on the same days.

Forty-two seats are reserved for passengers in business class, with the remainder in economy.

The service began on Sunday.

“We hope this service will meet customer needs and generate income for the company,” he said.

Thai AirAsia is also preparing to launch direct flights between the same cities ‘soon’ as part of its plan to establish Phuket as a second regional air hub for Thailand, Phuket Tourist Association Vice President Panu Maswongsa told the Gazette.