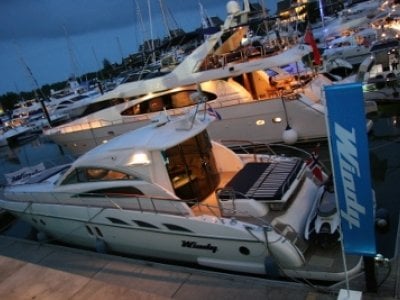 PHUKET: Phuket’s world-class marinas and vibrant yachting community are key to the Tourism Authority of Thailand’s new strategy to attract high-end tourists to the island.

TAT Governor Suraphon Svetasreni believes the infrastructure already in place in Phuket means the island has the potential to become a world-class center for marine tourism.

With the continuing development of the island’s facilities, Mr Suraphon believes the island can compete with the best yachting destinations in the world.

“You can see that the TAT has already placed rather a lot of emphasis on the marine tourism market,” he said. “We’ve done public relations and taken part in tourism promotion events related to marinas in order to present information to tourists, investors and owners of leisure boats.”

“It’s increasingly popular with new groups of tourists. Previously it was popular with European and American tourists, but now it’s more and more popular with Asians,” he said.

Suthinee Poopaka, director of the Office of Industrial Economics in the Ministry of Industry, said the office was exploring the possibility of establishing an information center to support the yachting and yacht repair industry.

Abhisit said that although numbers of tourists were heading upwards, average “spend” per head was decreasing.

The PM described the tourism industry as “key” to Thailand’s economy, adding that it accounted for 7% of GDP last year.

Call for Gov, Phuket to support “Silvy The Star’