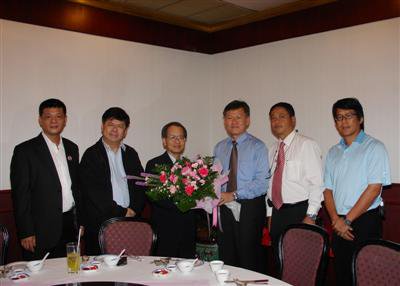 PHUKET TOWN: The Tourism Authority of Thailand (TAT) is working to establish a standardized system of ‘branded’ tours to Phuket specifically for the Chinese market.

The initiative, intended to keep ‘zero tour fare’ package operators out of Phuket, was discussed at a meeting of tourism industry leaders held at The Metropole hotel last week.

Presiding over the meeting was TAT Deputy Governor for International Marketing Sansern Ngaorungsi.

Under the plan, tour companies would be allowed to submit an unlimited number of tour programs for approval by a review panel comprised of TAT officials, members of the Thai-Chinese Tourism Alliance Association (TCTA) and other government agencies and private sector groups.

Once approved, the packages would bear annually renewable verification logos, certifying them as tours approved by the TAT, Ministry of Tourism and Sports as well as the government of China, which last year outlawed sales of tours without fixed itineraries.

Participants will now begin working to establish how many different tour categories should be offered and what the exact qualifications for each should be.

One possibility presented at the meeting was to categorize tours into ‘platinum’, ‘gold’ and ‘silver’ options, each specifying such factors as the star-rating of the hotels to be used, meal prices and restrictions on the amount of time allocated for shopping.

‘Platinum’ tours, for example, would see tourists staying at five-star hotels and not having to take part in any of the ‘shopping trips’ that have become a major source of complaint among Chinese tourists visiting Thailand.

Participants will hash out the details in meetings to be held in Chiang Mai and Koh Samui before drafting a proposal and sending it to the Ministry of Tourism and Sports for approval.

Six months after the project is up and running, the TAT will review its impact on the number of complaints by Chinese package tourists by conducting interviews at airports.

The project reflects the importance of the Chinese market and the Chinese government will be consulted throughout, Mr Sansern said.

An average of 900,000 to 1 million Chinese visited Thailand annually over the last five years, spending over 28 billion baht annually.

The TAT recognizes that the downturn in Chinese arrivals is related to complaints by Chinese tourists of being abandoned, cheated, insulted or coerced into buying excursions not included in their itineraries.

‘Zero tour fare’ operators pay a commission to travel agencies in China for flying in tour groups, then try to recoup their investment by taking the tourists on shopping trips and other excursions they do not want.

Such operators typically work in places like Pattaya and Chiang Mai and have been responsible for the large downturn in the number of Chinese tourists there, he said.

The TCTA initiative is intended to keep such operators out of Phuket, where they have yet to gain a foothold.

USS Nimitz readies to ship out after Phuket visit