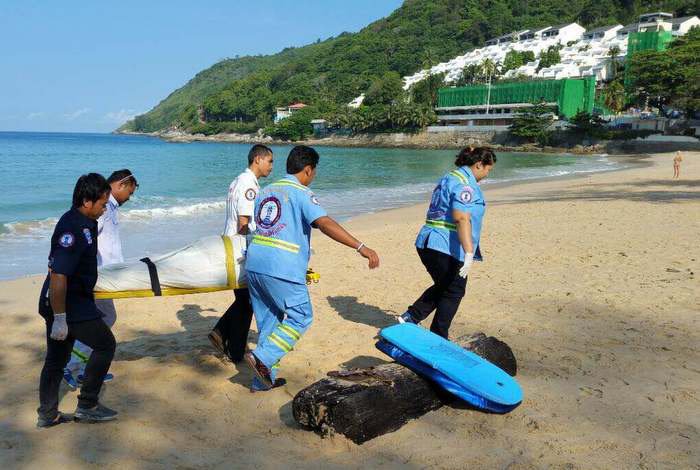 Ernst Krummenacher had gone out for a swim before lifeguards had arrived at the beach, explained Maj Patiwat Yodkwan of the Chalong Police.

“Mrs Krummenacher said that her husband started calling for help shortly after entering the water. She and friends hurried to help him and bring him back to shore,” Maj Prawat said.

Mr Krummenacher was unconscious when rescue workers arrived on the scene. He was pronounced dead at Vachira Phuket Hospital.

Family members believe Mr Krummenacher may have suffered a heart attack. However, his body remains in hospital to determine the cause of death.