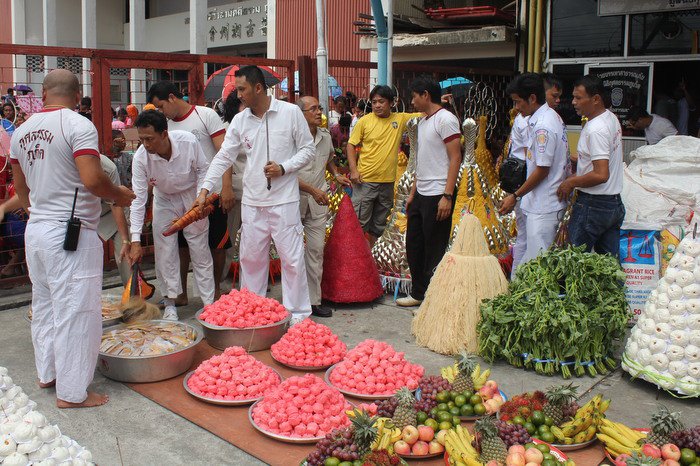 It is believed that the spirits of ancestors visit their relatives for 15 days during the ninth month of the Chinese calendar. Believers will prepare food for the spirits in order to express their gratitude for their ancestors, said Phuket City Mayor Somjai Suwansupana.

Food is also prepared for those spirits who have no living relatives to visit.

During the festival, various foods, including fruits and colorful desserts, will be prepared.

One of the most common dishes is the red turtle dessert called Ang Ku. Made from wheat flour and sugar, Ang Ku will be offered in many shapes and sizes.

“The color red represents good luck and the turtles are a symbol of longevity,” Ms Somjai said.

“It is a great event to promote and preserve local Phuket culture, especially for the new generation and for tourists. Everyone is invited to join.”

Parades will be held in honor of the Por Tor Festival on August 30 and September 1, starting at Queen Sirikit Park on Thalang Road.

Ceremonies and activities will be held at several locations on the following days: