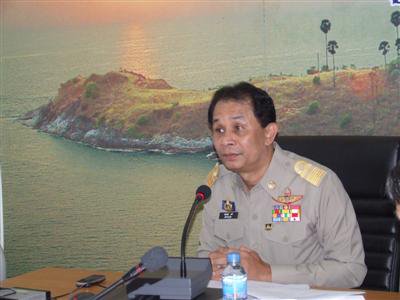 PHUKET: The government is trying to help 2,000 heavily indebted Phuket residents escape the clutches of loan sharks as part of an ambitious nationwide program.

The people selected owe between 50,000 and 200,000 baht each and were chosen from 4,000 island residents identified as being in debt to unofficial lenders. Their debts total at least 228 million baht.

The program is bringing debtors together with creditors to negotiate better terms of repayment.

Debtors are also put in touch with banks so they can secure loans to pay off the loan sharks.

The program, initiated by the Interior Ministry in February, aims to have all 2,000 debtors in negotiations by the end of May.

A meeting chaired by Phuket Deputy Governor Chaiwat Tepee at Phuket Provincial Hall on Monday heard a progress report on the program, which is being managed by the island’s three district offices of Muang, Kathu and Thalang.

The negotiations aim to see creditors reduce the interest charged on loans and for debtors to pay loans back immediately if they can afford it.

Otherwise both parties are sent to banks to see if a loan can be arranged.

The Finance Ministry is tracking the process and will take note of those debtors who cannot secure a bank loan.

The next step of the program has not been decided, but could include improving these debtors’ prospects by providing them with job training.