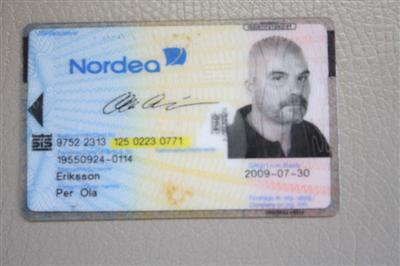 PHUKET: A Swedish man died over the weekend of injuries sustained from falling down a flight of stairs at a Phuket apartment block.

Chalong Police and rescue workers from the Phuket Ruamjai Kupai Foundation were notified of the death at 11:30am on Saturday.

Arriving at the six-story Kata Residence apartments on Patak Road, they found the body of 53-year-old Per Ola Eriksson in the second story stairwell dressed in a T-shirt, naked from the waist down and covered with a duvet.

The Swede suffered serious head injuries, apparently from falling down the stairs. There were no other visible signs of trauma.

Police estimated the time of death at about 10 hours earlier.

Police searched Mr Eriksson’s second-floor room, where they found many bottles of spirits but no indications of foul play.

Initial investigations showed that Mr Eriksson had stayed at Kata Residence for about six months.

He was a heavy drinker with a medical condition that required frequent hospital visits, witnesses told police.

Police surmise that Mr Eriksson fell while trying to walk down to the first floor using the duvet to cover himself.

His body was discovered by cleaning staff the next morning.

Lt Chianchai Duangsuwan of the Chalong Police said he suspected the Swede was drunk when he fell.

He probably tripped on the blanket, fell and banged his head against the concrete, he said.

His remains were sent to Vachira Phuket Hospital for examination.

Chalong Police are awaiting a medical report to confirm the cause of death.

Vice Governor Nivit back in Phuket

Another road death in Phuket