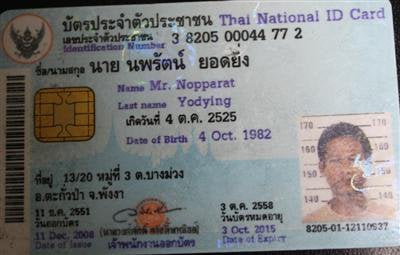 PHUKET: A Phang Nga man was killed in a motorbike accident near the entrance to the Phuket Shooting Range early Friday morning.

Initial police investigations showed that Mr Nopparat was unable to stop when a Honda sedan in front of him slowed down to turn off the road into a driveway.

He hit the back of the car hard and was probably killed instantly, police said.

The Honda sedan was still at the scene when police arrived, as was Mr Nopparat’s destroyed motorbike.

Volunteer rescue workers took his remains to Vachira Phuket Hospital, where they will be held until claimed by relatives.