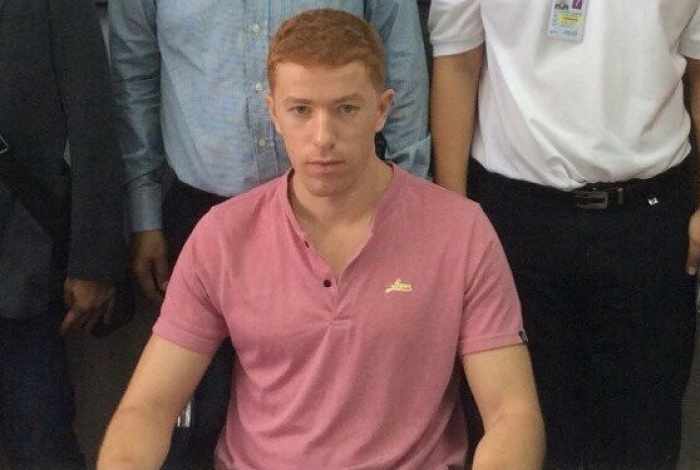 Officers arrested Mr Antochvili at an apartment in Soi Ramkhamhaeng, in the Hua Mak area of Bang Kapi, at about 12:45pm, Maj Tienchai Chomphu of Phuket Immigration told the Phuket Gazette.

“Mr Antochvili was wanted on an arrest warrant for fraud issued by the Phuket Provincial Court on October 21, 2011,” Maj Tienchai said.

Mr Antochvili is accused of working with a Russian accomplice in absconding with final payments for houses in Phuket.

“In September 2011, a Russian national filed a complaint to Chalong Police against Mr Antochvili and his Russian friend, who is still at large,” Maj Tienchai explained.

The pair had opened a real estate company and brokered a deal for the victim to buy a house in Chalong for about 10mn baht.

“As per the agreement, the victim transferred two payments of 3mn baht, which the suspects paid to the person selling the house and collected their three per cent commission,” Maj Tienchai said.

“However, the suspects did not pay the third and final payment to the house owner, which means the victim lost over 10mn baht and never acquired the property.”

A similar complaint was later filed against Mr Antochvili and his Russian friend, this time over a house costing 12mn baht, Maj Tienchai added.

Police are now looking for the suspect who worked with Mr Antochvili.

Maj Tienchai declined to name the fugitive accomplice or the name of the company the pair had set up.

“The case is still under investigation,” he said.