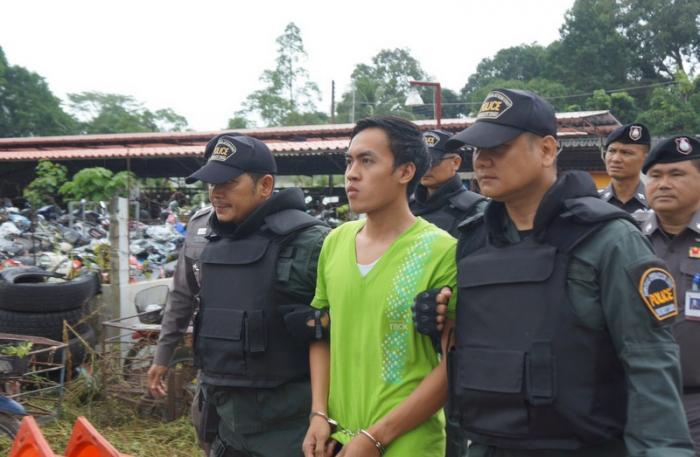 PHUKET: An eye witness this morning confirmed the identity of a suspect implicated in the Mother’s Day bombings in Phuket on August 12 (story here).

The suspect, named by police as Muhammad Muhi, was arrested in the deep south by the military in September and has been held in an undisclosed military facility since then. He was flown by helicopter to Phuket today to take part in the identity parade.

“We now have confirmation from CCTV footage and an eye witnesses that Muhammad Muhi was involved in the Phuket bombings. However, he denies any involvement,” said Deputy National Police Commissioner Srivara Ransibhramanaku this afternoon.

“He is one of two suspects in the Phuket bombings for whom arrests warrants have been issued. The other is Ahama Lengha,” said the deputy commissioner.

Mr Muhi will now go on trial in a military court while police continue investigations into the others.

The first suspect to be apprehended in relation to the string of blasts in southern Thailand on August 12 was captured on September 5 (story here).

Ten baht minimum wage increase to be proposed for Phuket