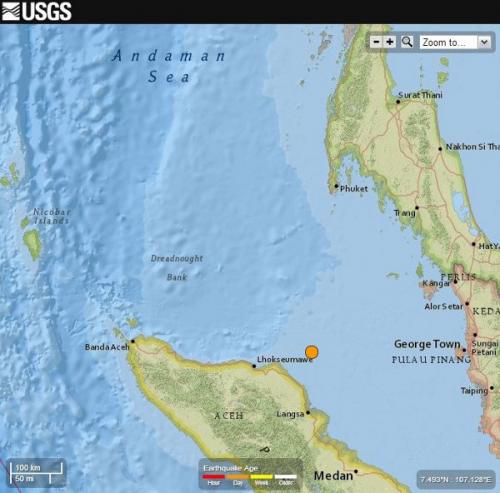 PHUKET: The earthquake off the northern tip of Sumatra this morning was felt in Phuket, but was no cause for alarm, the head of the Department of Disaster Prevention and Mitigation, Phuket office (DDPM-Phuket), San Janthawong, told the Phuket Gazette this morning.

No tsunami alert has been issued for Phuket or any other province along the Andaman Coast.

“The earthquake measured only 5.3 on the Richter scale and was at a depth of 10 kilometers,” Mr San said. “We did not issue any tsunami alert because we believe that the earthquake will not have any affect on us – we could only feel a little shake in Phuket.”

There have been no reports of damage from the tremor in Phuket, Mr San said as he encouraged people to continue their daily activities as usual.

“However, we will be monitoring the area just in case there is a need for us to take action,” he said.

DSI called in to tackle taxis and raid foreign businesses