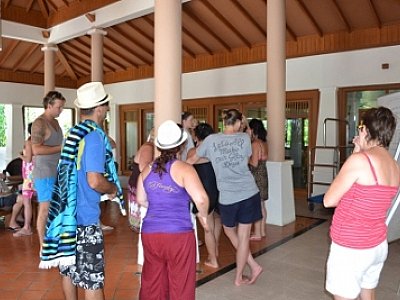 PHUKET: Australian carrier Strategic Airlines have announced that most of its passengers from Melbourne and Brisbane who were stranded in Phuket for the past week have been flown home.

Following a week-long series of flight disruptions, cancellations and delays, the airline’s efforts to fly the growing group out of Phuket paid off.

“As far as I know, there are no stranded [Strategic Airlines] passengers left in Phuket. They were flown out on Monday night,” a representative at LTU Airlines Phuket office told the Phuket Gazette.

The stranded tourists, whose number reached about 300 at one stage, remained positive despite the indefinite delays and little information from the airline. Strategic Airlines arranged accommodation and transportation for them throughout the period.

However, some passengers did not check-in for the departing flights on Monday, prompting the airline to arrange two more flights.

The flight for Brisbane left Phuket late Tuesday night and an additional Melbourne flight is scheduled for this evening.

The airline is also monitoring conditions of the Chilean volcanic ash cloud for the possibility that it may cause further disruptions.