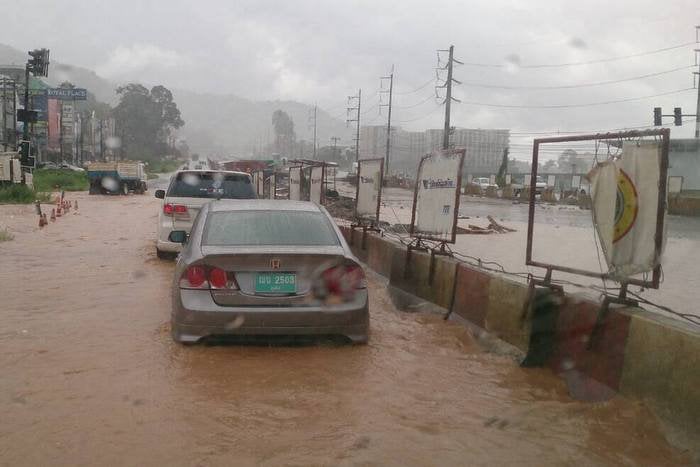 According to the Facebook page Seang Prachachon Kon Phuket (Voice of the Phuketian), about 50 protesters will arrive at the junction at about 11am.

The protest is scheduled to last until 1.30pm. Drivers are urged to use alternative routes to prevent congestion at the site.

The purpose of the rally is to push the Phuket Highways Department, the Phuket governor and the construction company in charge of the project to finish it as soon as possible. The rally will also highlight the badly damaged road surface on either side of the underpass construction site, Seang Prachachon Kon Phuket members explained on their Facebook page.

The group will also submit a formal letter of complaint to Phuket Governor Nisit Jamsomwong.

In response to road-safety concerns, the director of the Phuket Highways Office has already demanded that the construction company repair the dangerously rough road surface on both sides of the site (story here).

The Phuket Highways Office director told the Phuket Gazette earlier this month that there are no laws in place that allow local government officials to take action if a construction company fails to comply with contractual standards (Special Report here).

After several delays, the 850-million-baht underpass was re-scheduled, contractually, for completion this month (story here), but is now expected – officially, at least – to be completed at the end of this year (story here).

The site is currently only 55% done.