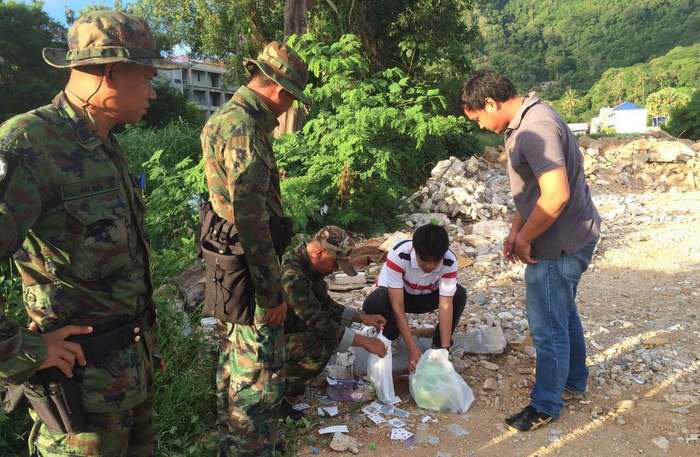 PHUKET: The Navy requested that the Karon Police investigate whether or not a bag of legal Thai National ID cards, dirver’s licences and ATM cards found in Kata yesterday had any links to criminal networks.

The bag of cards was discovered by a local resident, who then informed the Navy of the find, confirmed Taksin Puklim of the Royal Thai Navy.

“In addition to the cards, there was one bank book and the ID card of a foreigner,” Lt JG Taksin noted.

Karon Police have attempted to contact the people at the addresses displayed on the cards, but have yet to get ahold of anyone, Lt Col Ason Jiraksa of the Karon Police told the Phuket Gazette.

“We are also crosschecking the ID cards to see if any of them have been reported missing. It is possible that these are people who were victims of theft – or they could be linked to some other criminal activity. We just don’t know yet,” Col Ason said.

Police urged anyone who has lost his or her ID card to contact the Karon Police to verify whether or not any of the cards discovered belonged to them.

“It is possible that the information from the cards is being used to falsify legal documents, so it is necessary for anyone who might be effected to contact us,” Col Ason said.