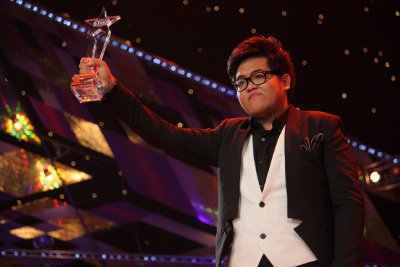 The concert will be held at Anuphas Field on Phang Nga Road, site of the old Phuket Weekend Market, from 7 to 10:30pm.

Other live acts to appear on the night include “Hun and Can”, two contestants from the same show.

Before the main concert, “Look Ked”, the younger sister of The Star season seven winner Nong Kaem, will perform at about 6:30pm.

Advance reservations can be made at the Arrow Media office in Chalong, located near Chalong Temple on Luang Por Chaem Road (the road joining Chao Fa East and Chao Fa West Roads) or by calling 088-752-3368.

Rattanaporn Sukkhacharoensiri, of Arrow Media’s accounting department, told the Gazette that more than 2,000 seats will be available in zones A and B.

“Ten per cent of the concert income will be donated to organizations that provide disaster relief,” she added.

Note: An incorrect date was given for the Phuket Life Music Festival in the Phuket Gazette’s August 4 edition and in the previous online article. We apologize for any inconvenience.

Korat Boy, 14, dies after crashing into parked truck in Phuket

Phuket Sports: Patong captain gets a duck as rest of team flies