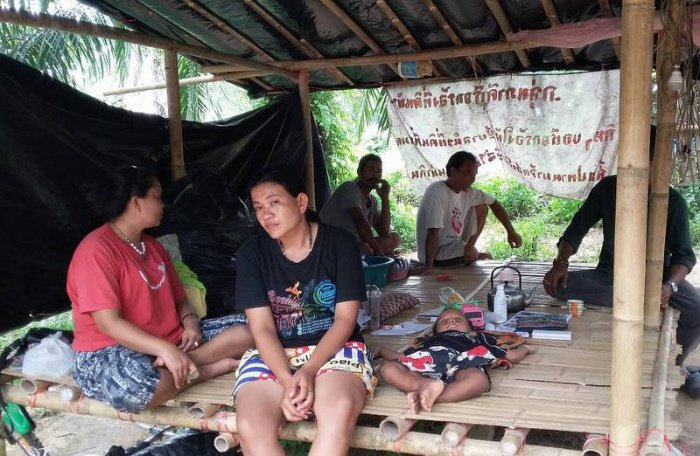 KRABI: About 200 squatters fled a Krabi oil palm plantation in fear that excessive force would be used to remove them today.

A letter signed by Krabi Governor Pinij Boonlert explained that previous negotiations that failed to move the protesters off the land had led to violent attacks by the squatters. He did not address claims of excessive force being used by government officers.

“We cannot allow them to gather further in this way, as it could lead to serious violence in the future. We have no choice but to enforce the law and remove them,” Governor Pinij said. “We have no intention of harming the protesters. However, it is not their land, so they must leave.”

The group of people took over the plot in July 2013 after it was evacuated by Univanich Palm Oil when its concession license expired. The group demanded that the government allocate the land to the poor under a 2003 Cabinet resolution. They are demanding that 15 rai of land per person be allocated by the Ministry of Natural Resources and Environment.

Though the squatters packed up their bags and left the plantation, they gathered at Krabi Provincial Hall and Krabi Airport to protest.

“We are aware of the potential for officers from a number of departments, as well as military personnel, to use excessive force to clear us out today,” said group leader Choowong Maneekul. “We don’t want to face that situation, so we have gone to Provincial Hall and again called on the governor to take action.”

Last year, about 100 people rallied outside Krabi City Hall to condemn police and related officials for using excessive force to disperse their rally demanding the oil palm plantation be given to the community (story here).