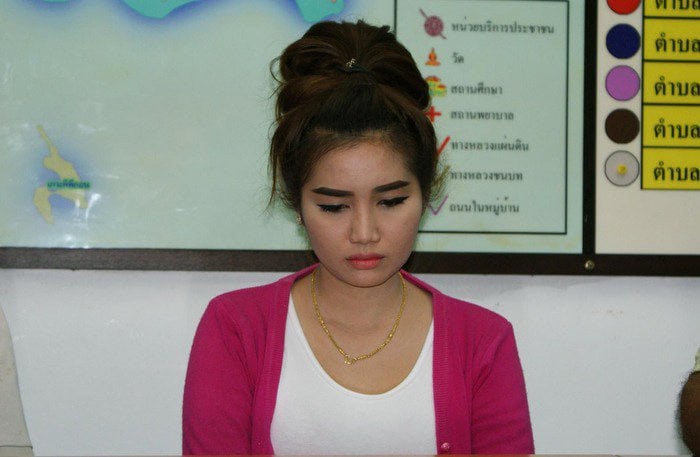 KRABI: Police hit a Krabi woman with the Computer Crimes Act after she posted a Facebook video of herself verbally attacking the quality of police officers.

Sukanya Laiban, 23, recorded the video clip after Sen Sgt Maj Pratum Srichana of the Krabi City Police forced her to move her car from a no parking zone.

“In the video, she claims that police do not fulfill their duties well, but in fact police did nothing wrong to her,” Krabi City Police Superintendent Sompong Thipa-arpakul said. “This kind of slander can destroy our reputation.”

Following her posting of the clip, Ms Sukanya was summoned to the police station where she explained that she had just parked in the zone to make a quick delivery and that Sen Sgt Maj Pratum had been impolite when asking her to move. Nonetheless, she apologized.

However, Sen Sgt Maj Pratum said that Ms Sukanya had already caused a serious tailback and that he had told her to move her car, but did not give her a fine.

“Regardless, later she posted the video insulting him and the police in general,” Col Sompong said.

Despite apologizing for the video, Ms Sukanya was charged with the Computer Crimes Act.

Whoever commits the following acts shall be liable to imprisonment for a term not exceeding five years or to a fine not exceeding 100,000 baht, or both:

(1) input into a computer system wholly or partially fake or false computer data that is likely to cause damage to another person or the public;

(2) input into a computer system false computer data in a manner that is likely to undermine national security or to cause public panic;

(3) input into a computer system computer data that is an offense against national security or terrorism according to the Criminal Code;

(4) input into a computer system pornographic computer data that is accessible to the public;

“This isn’t just about protecting the reputation of police. This law can apply to anyone,” Col Sompong added.