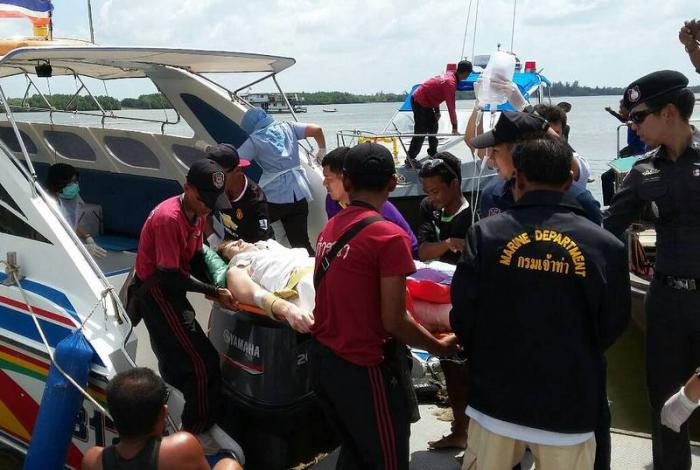 PHUKET: The driver of the speedboat that crashed into two Russian divers on Wednesday is being charged with reckless driving causing serious injury.

Russian nationals named by police as Sergei Dmitriev, 30, and Dmitry Kurynov, 48, were diving near Maya Bay when they were hit by the speedboat, causing one diver to lose his leg and the other to suffer serious injuries (story here).

“We have pressed charges against Adisorn Benmamood and have also suspended his captain’s licence until the investigation is concluded,” Krabi City Police Superintendent Sompong Thipa-arpakul said.

The two injured tourists are now safe, but still under the care of doctors at Bangkok Hospital Phuket.

Police say they will scrutinize the documentation of the speedboat company, as well as the diving company, to determine whether or not they had all the necessary permits.

Last month, another marine accident in Krabi led to the death of a French tourist who was struck in the head by a speedboat propeller while snorkelling (story here).