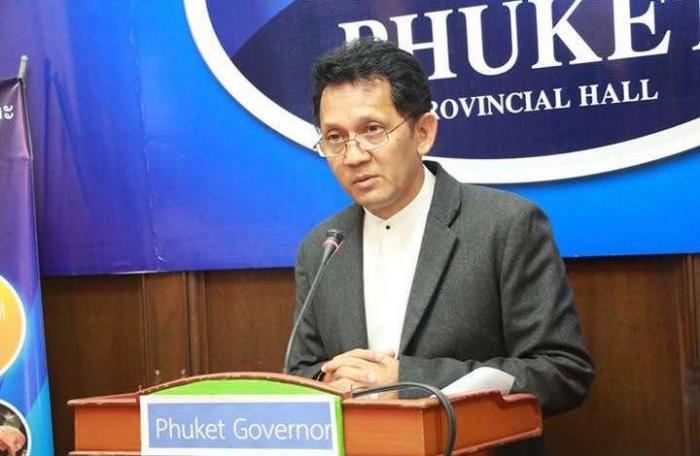 PHUKET: Phuket Governor Chamroen Tipayapongtada has ordered an investigation into a Facebook user who has accused him of taking sides in a dispute over land rights between the sea gypsy community in Rawai and developer Baron World Trade Co Ltd, which plans to build luxury villas on the contested beachfront land.

The Facebook user, who goes by the screen name Paskorn Jumlongrach, claimed in his February 2 post that the governor had sided with Baron World Trade and tried to persuade the sea gypsy community leaders to accept terms offered by the developer. His post also expressed strong disappointment that the Department of Special Investigation had not taken action after lengthy investigations.

Mr Paskorn’s post referred to a preliminary meeting between the governor, five sea gypsy representatives, and representatives of Baron World Trade on Monday night, ahead of a public meeting planned for the next day.

Baron World Trade claims to hold ownership documents for the land occupied by the Rawai sea gypsy community and wants the sea gypsies to move to another area designated by them. However, the sea gypsies claim they have ancestral rights to the land that they have occupied for several generations.

Governor Chamroen said that what Mr Paskorn claimed in his post was not true and that the purpose of the meeting on Monday night was to listen to both sides and make some suggestions to be considered by all parties ahead of the public meeting the next day.

“The purpose of the preliminary meeting on Monday night was to try to avoid ugly scenes during the public meeting by giving both sides time to think about the solutions offered,” said Gov Chamroen.

“I get no personal benefit out of this. One side has ownership documents for the land and the other side claims they have the right to occupy the land. I am tired of being in the middle of the dispute. I am doing my best to try to solve the problem in a fair way.”

Tuesday’s meeting revealed no long-term solutions. However, Baron World Trade has temporarily allowed the Rawai sea gypsies access to a traditional ceremonial site, if they use the public beach as a means to access it (story here).