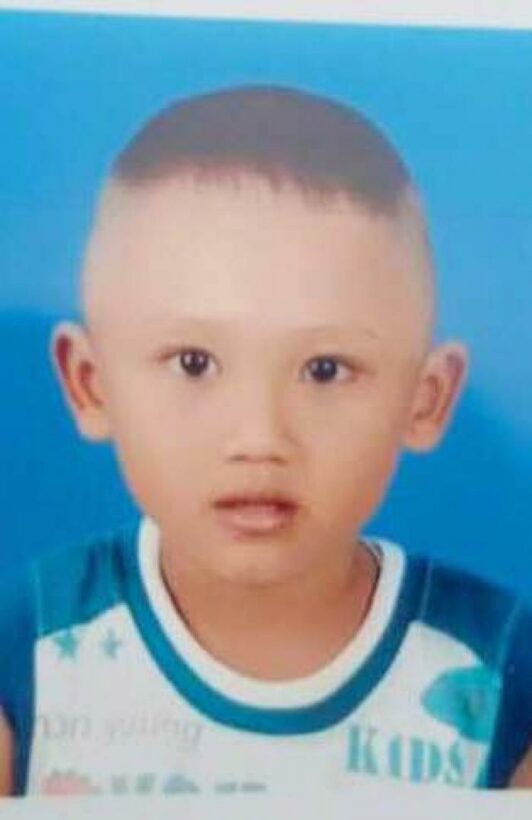 PHUKET: A desperate mother has appealed to the police and the public to help find her three-year-old son, who has been missing since Wednesday.

The distraught 23-year-old mother, Saowalak Chaiyo, said her son went missing while playing in front of their home in Wichit.

Ms Saowalak and her parents, who help look after the boy, were all at home when Nong DJ went missing in the afternoon. The family had just returned from taking him to nearby kindergarten for registration.

Ms Saowalak said she and the boy’s grandfather were sleeping, and her mother was washing the laundry at the time Nong DJ disappeared.

“His grandmother would call the boy’s name from time to time to make sure he was alright, but then she called him and there was no answer,” said Ms Saowalak.

After scouring the neighborhood, the family immediately contacted the police, who have not yet been able to find any clues to Nong DJ’s whereabouts.

Ms Saowalak said she had also contacted the boy’s father, who no longer lives with the family, and asked if he had taken their son.

He denied any involvement with the disappearance, said Ms Saowalak.

Police continue to hunt for clues in the area, interviewing neighbors and checking CCTV footage.