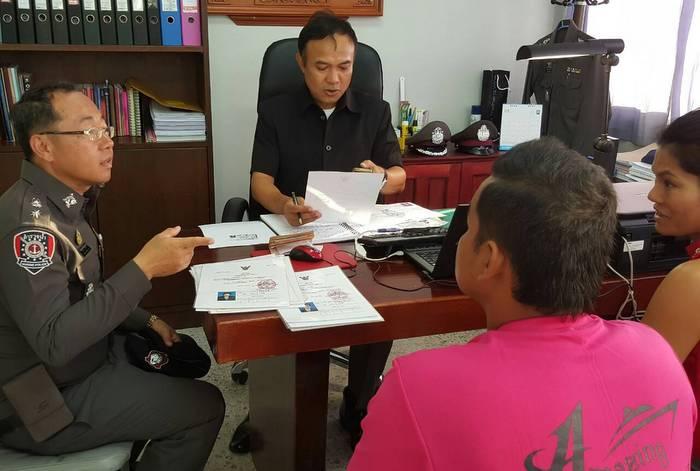 KRABI: The speedboat driver who killed a French snorkeller in Krabi on Tuesday has been charged with reckless driving causing death, confirmed Maj Sophon Kongthong of the Krabi City Police.

“Yothin Suebsak is currently out on bail while we collect additional evidence to be handed over to the public prosecutor,” said Maj Sophon.

Sylvie Thiebau, 52, was snorkelling off Koh Poda when she was struck in the head by the speedboat’s propeller and killed on Tuesday (story here).

“He saw a man waving and a dinghy come to pick someone up, but said he had no idea that Ms Thiebau had been killed. The only thing he claims he knew was that someone was injured. However, he needed to take his clients back to Ao Por. So he reported the accident to the speedboat owner, instead of the police, on the way back.”

Watchara Pasompol, owner of speedboat So Cool 1, confirmed that Mr Yothin had been taking nine Amazing Canoeing Group clients – two Italians and seven Russians – out for a day trip from Ao Por.

Ms Thiebau, her husband and five friends were part of a 16-person trip that left Phuket on Monday. They spent the night on Koh Hong, before going to Koh Poda for snorkelling.

Myanmar national Maling El @ Aee, 29, who was working on the speedboat at the time of the accident, was brought to Krabi City Police Station on Wednesday for further questioning. However, police have pressed no charges against him.

Phuket Gateway to get some much-needed love