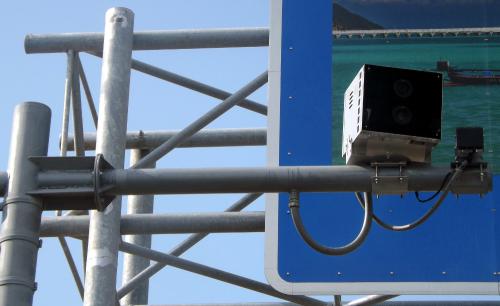 PHUKET: Four speed cameras are being set up on Phuket roads in an effort to reduce road traffic accidents and increase awareness of speed limits, police told the Phuket Gazette on Monday.

The total cost of the cameras, which are expected to become operational by January, is 16.8 million baht, Col Saneh said.

Two of the cameras will be deployed in Phuket City, and two in Thalang – one along Thepkrasattri Road and one in the Tah Chat Chai area, he explained.

“We can’t reveal the exact location of the cameras; it’s an official secret,” Col Saneh said.

“When someone drives over the speed limit, the camera will record a video with a time stamp. From the video, we can capture a clear image of the driver and the car’s license plate. Then a computer will check the plate number against our car registration records and print a speeding ticket,” Col Saneh said.

Police are in the process of setting up the cameras, testing them, and training officers how to use the system.

“When we’re ready to start the program, we’ll inform the public about it,” he said.