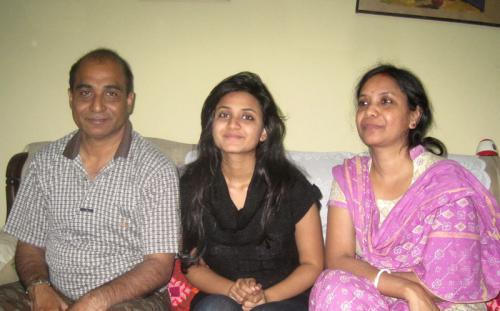 PHUKET: The family of Captain Rajib Chandra Karmaker, master of the Bangladeshi cargo ship MV Hope, has launched a public appeal for any information that may lead to the recovery of the missing captain’s body and those of his lost shipmates.

The Hope, laden with ball clay, was struck broadside by large waves and listed heavily in stormy seas south of Phuket while en route from Malaysia to Bangladesh on July 4.

Five of the 17-strong crew managed to board a life raft and were later rescued by the passing German container ship Buxmoon, but the other 12 were tossed into the sea when the ship heaved violently.

Of those thrown into the sea, four were recovered alive. The bodies of four other sailors from MV Hope have since been recovered and identified, leaving four still listed as missing at sea: Capt Rajib, Jr Electrical Officer Sadim Ali, Deck Hand Md Nasir Uddin and Chief Cook Nasir Uddin.

“I want people, and especially hospitals in coastal areas, to recognize whether or not they have found the bodies of these men. If anybody finds any information about them, they should inform us,” Capt Rajib’s daughter, Ronika, told the Phuket Gazette.

“My father was wearing his uniform when they abandoned ship. If anyone identifies a body with that shirt, they should inform us,” she said.

Ronika explained that the absence of her father has taken a grave toll on her family.

“Personally, I am still in a state of shock. It is very hard for me and my family to accept this. Life without my father seems unreal. My father was not around much because of his work, so it just feels like he is only gone for some time.

“It feels like he will be back from work, and everything will go back to normal. I miss him every day,” she said.

The shipping community in Bangladesh and afar has rallied support for the victim’s families, understanding their emotional loss and the financial impact of the tragedy.
“We are in a dire financial crisis now,” said Ronika. “We were already going through some serious financial difficulties before my dad went off to sail on MV Hope. Now that he is missing, there is no source of income in the household. My mother is a housewife, like any other traditional Bengali woman.”

Ronika, 22, is a student at the North South University in Dhaka.

“Now my only plan is to graduate from university and get a good job so I can support my family as the elder daughter. I have a younger brother, who’s in grade 10 now,” she explained.

“The shipping community is trying to help us, and the Singapore Mariners Community has offered to fund my education. Their support has been a blessing for me,” Ronika said.

LAW OF THE SEA

“The company avoided contacting us for the first 10 to 12 days after the incident. Then they contacted us and told us that we would be compensated for our loss. But it will be a long, difficult process because the men are ‘missing’,” Ronika explained.

“The Bangladeshi law for marine accidents – which is 100 years old – states that compensation shall be granted after seven years of the incident to a missing person’s family. This is a huge problem because our family is in a dire financial crisis right now,” she said.

“My father was the only wage earning member of the family and now we have no source of income. The shipping company is now cooperating with us, and hopefully we will receive compensation soon,” Ronika added.

The other victim’s families have been a source of emotional support for Ronika and her family.

“We have been in touch with the families of the other missing crewmen, as all of us are suffering from the same situation.

“Because my father was the Master of MV Hope, the other families came to us for help,” Ronika explained.

“The missing crew members were the earning members of their families, and losing them affected all of us both emotionally and financially.

“Most of the family members of the crewmen are not well-educated, and are not familiar with official procedures regarding this case. So my mother has helped them in every way possible,” she said.

“I believe we will always be connected, because we are facing harsh circumstances together which nobody else would be able to understand.

In the saddest of ways, the MV Hope tragedy has brought the Karmaker family closer together, explained Ronika.

“This has definitely affected my mother and I. It has given us a sense of unity that we are facing the same problems together,” she explained.

“The communication between the families is great; in a way it made us all stronger.
“It is the great irony of fate that the ship that destroyed everything was named MV Hope. I hope every day that my father returns.