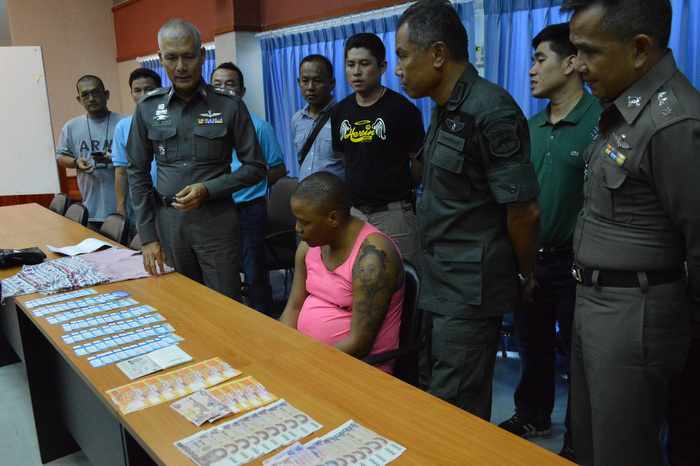 “Manquba Parker Ngcobo, from the Republic of South Africa, was identified as a suspected ATM skimmer after a police investigation revealed that he had been withdrawing money using multiple bank cards in Patong, Kata and Karon between June 17 and19,” said Phuket Provincial Commander Krajang Suwannarat today.

Mr Ngcobo was arrested at about 1am when he returned to his rental room at Horizon Patong Beach Resort & Spa.

Police are not yet sure exactly how much cash Mr Ngcobo had withdrawn over the last three days.

“We will reveal the amount once it becomes available,” said Gen Krajang.

Mr Ngcobo was charged with running an ATM card scam. He remained silent during the press conference and has yet to accept or deny the charges against him, said Gen Krajang.

“As part of a crackdown on crime throughout Phuket, police and bank staff have been working together to stay ahead of ATM scams,” said Gen Krajang.

Spoonful of MSG still stirs up fear in Phuket