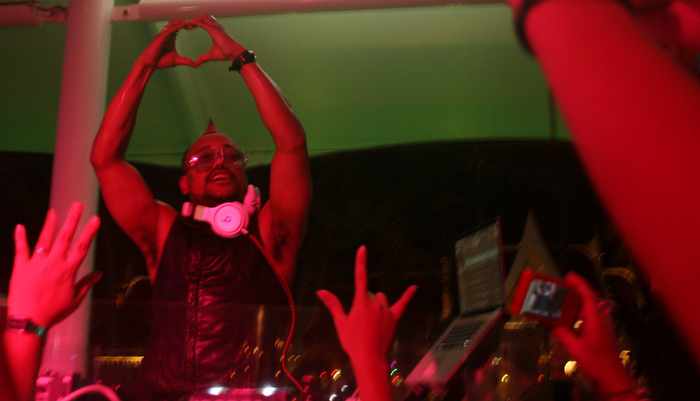 PHUKET: A bold campaign spearheaded by Phuket Vice Governor Chamroen Tipayapongtada and backed by the Army has led to the recent deconstruction of some parts of Phuket’s most popular west coast beach clubs, such as Catch Beach Club (story here).

Though beach clubs aren’t the only targets in the bid to return Phuket’s public beach land to the people, they are the most high profile money-makers. Dancing in the sands to house DJs, drinks in tow, is a classic Hollywood representation of a paradise island.

To this, the Phuket Gazette asks readers in our latest online poll: “Should beach clubs be allowed to use at least some parts of the beach as they promote the island’s image as a high-end, world-class tourist destination?”