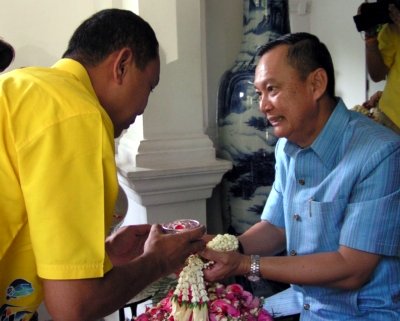 PHUKET CITY: Phuket Governor Niran Kalayanamit poured lustral water over the hands of some 100 top provincial officials during a Songkran ceremony at the Governor’s Mansion on Narisorn Rd on Tuesday morning.

V/Gov Worapoj represented all government officials in wishing the Governor health and happiness in the new year.