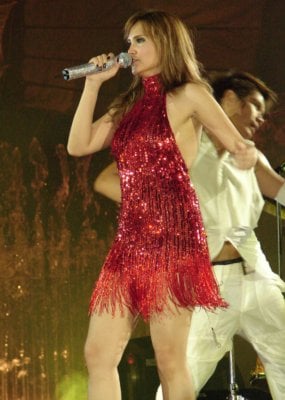 Tata, a 26-year-old Thai-American, became a superstar in Thailand at the age of 15 and launched a successful international career with the release of her first English-language album I Believe in 2004.

Tata’s performance and repertoire of Thai- and English-language hits kept fans dancing and singing throughout the two-hour show.

After the concert, Tata said she felt honored to perform at Jungceylon on its opening day.