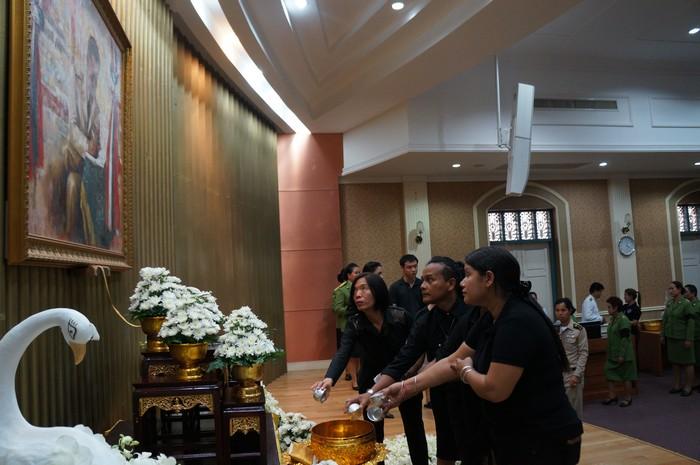 PHUKET: Hundreds of grief-stricken Phuketians in somber attire have been queuing quietly at Phuket Provincial Hall today to take part in a ceremonial anointing of a portrait of His Majesty King Bhumibol Adulyadej as well as signing a book of remembrance.

During the period of mourning over the coming days and weeks, following yesterday’s announcement of HM King Bhumibol’s passing at age 89, the public is invited to pay their last respects to the late beloved monarch at Provincial Hall and other government offices during government office hours.

No jail time for driver who killed German in road accident