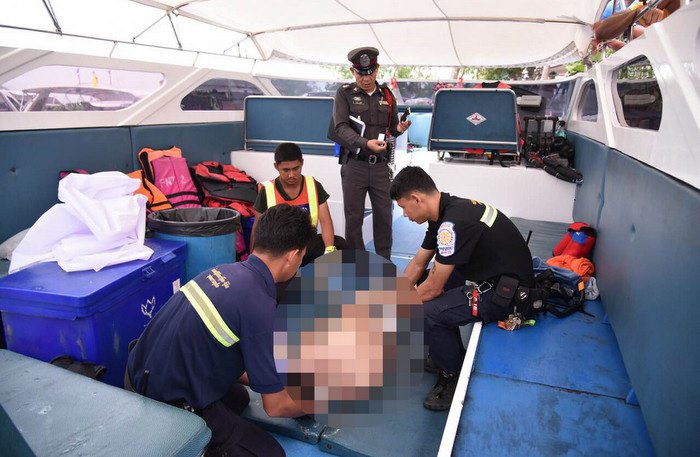 PHUKET: Employees of a speedboat tour company were unable to save the life of a snorkelling client at Koh Kai yesterday evening.

Despite their efforts, the 32-year-old Chinese tourist, Daliang Wang, was declared dead by medical staff upon arrival at Rassada Pier.

“Employees explained that Mr Daliang was snorkelling when he was spotted struggling in the water. He appeared to be choking,” said Lt Col Somchai Nuboon of the Phuket City Police.

“One of the crew quickly recovered Mr Daliang and began to administer CPR [cardiopulmonary resuscitation].”

Police declined to reveal the name of the tour company.

“We believe that Mr Daliang drowned. However, we are still waiting for confirmation from hospital staff,” Col Somchai said.