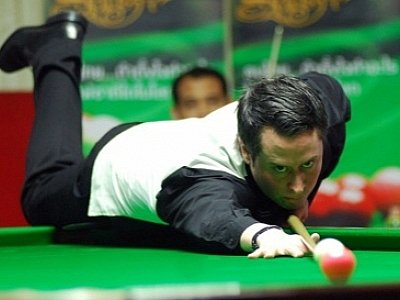 PHUKET: Snooker is back in the frame from June 6 to 11 when 19 professional players challenge for the 2011 SangSom Phuket Cup to be held at the Royal Paradise Hotel and Spa Patong.

The tournament is part of Thailand’s Ranking Circuit Snooker Championship and will include two English professionals: Stuart Bingham and Alfred Burden.

Thai star Ratchapol Pu-Ob-Orm, or James Wattana as his western fans would recognize, will also compete.

Prize money of 147,000 baht will be awarded to any player who achieves a maximum break of 147, and the winner will take home 100,000 baht, explained Sakda Rattanasuban, Vice President of the Billiard Sports Association of Thailand.

Patong Hotels Association President Dr Jirachai Amornpairoj said the competition last year was a great success as a result of the “wonderful support from the people of Phuket”.

The venue will accommodate 200 seated spectators and admission is free, added Dr Jirachai.

Bangornrat Shinaprayoon, director of the Tourism Authority of Thailand (TAT) office in Phuket, voiced her support.

“This event will help boost tourism during the low season in Phuket. Admission is free, so we hope this will attract many people interested in the sport. We expect to generate about 50 million baht through the event,” she said.

Governor Tri Augkaradacha said he wanted Phuket to offer a variety of activities to attract tourists.

“We are hosting many sports competitions such as the National Youth Games in March 2012 and the Asian Beach Games in 2014. Snooker is another great competition to have marked on Phuket’s event calendar,” he said.

The schedule for the tournament is:

Police yet to question crew over Phuket diver death