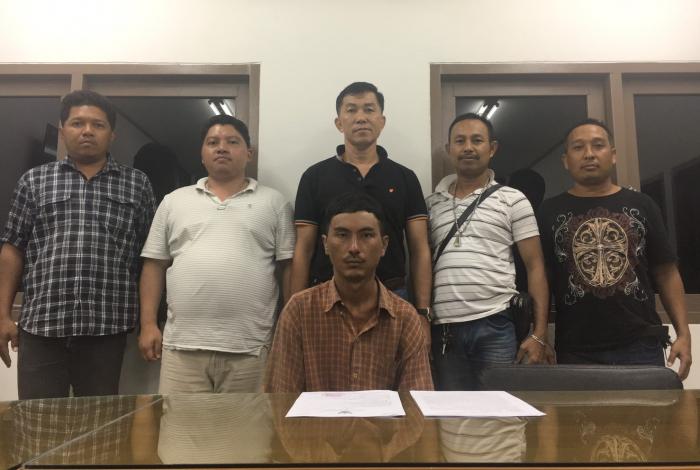 PHUKET: A Phang Nga man was arrested on Tuesday for multiple thefts in the Wichit and Kathu areas earlier this month.

“We received several reports of snatchings by a man on a motorbike, three times in Wichit and once in Kathu. At about 4:15pm, we spotted him on CCTV footage and started searching the area near Prince of Songkhla University. At 11:40pm, we tracked him down to the side of the road where he was sitting with his motorbike,” explained Col Nikorn.

He was brought back to Wichit Police Station and charged with theft and using a vehicle to commit a crime.

“At the station, Mr Parkpoom confessed to snatching a gold necklace, a ring and a purse. He told us he intended to sell what he stole to buy drugs.”

“We then called in the January 9 snatching victims to identify the man. We would also like to invite other victims to come and identify him and file a report.”