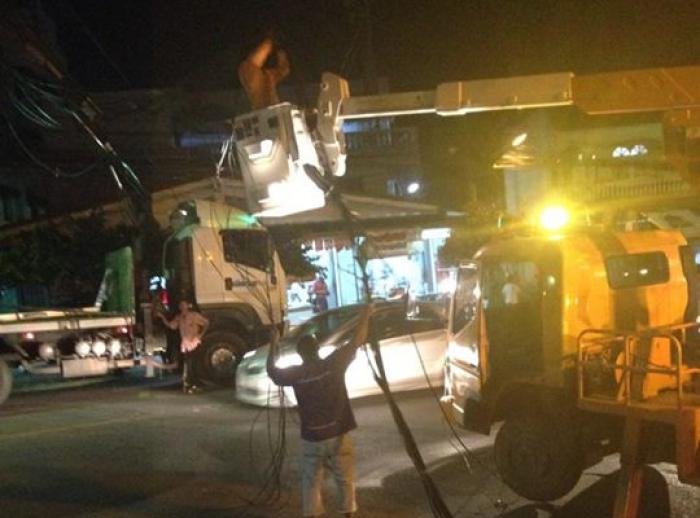 PHUKET: Electrical engineers called to a neighborhood on the north side of Phuket Town late last night found that a small tree snake had caused a blackout at several houses and an apartment block.

“We were called to Pimpraprai Place apartments on Rassada Anuson Road [in Baan Kuku, Rassada] at about 10pm,” said Pichai Rattanamunee, an electrical engineer with the Phuket Provincial Electricity Authority (PPEA).

“While inspecting the cables, we realized that a green snake about one meter long had caused a short circuit by slithering onto the main supply line to the apartment block.”

Mr Pichai estimated that more than 1,000 volts had coursed through the snake’s body.

“That’s more than enough to kill a snake. It did not survive,” he said.

Power was restored after about an hour, Mr Pichai added.